time to change the scenery

I have my camera on this trip and will take pictures, I promise. I think its time to move the Gothic in Jan header on our site and substitute a South West in the spring picture.
I am in Aztec, getting ready to leave for Vegas tomorrow morning, with Brandyn. Excited, its the opening race of the 2009 Xterra US cup series on Saturday.
Ready? I will find out.
Brian.. he's always ready. its his style.
Stay tuned.. we'll keep updated as we go.
cheers
Jenny
Posted by Jenny Hopkinson Smith at 10:40 PM 1 comment:

How not to hold a dog

When I ride with Max, I hold his leash really loosely as he likes to stop dead cold at piece's of road interest..
Last week I rode with him the leash strung in my fingers. Well he stopped alright and it wrenched my middle finger sideways and backwards. It HURT.
10 days later and I still have an exceptionally sore finger. Seems uber silly and I've been putting off getting it further checked out. The thing is I've realised how much I use it. swimming: middle finger. Typing, driving, changing and hand pumping a tire.
The worst activity shimano xtr shifting. Of course as its my right hand, its the rear too.

It made me remember the ad campaign when XTR, STI was first released.. middle finger's.
cheers
Jenny
Posted by Jenny Hopkinson Smith at 10:34 PM No comments: 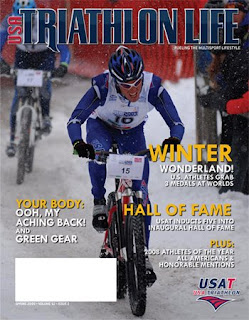 to write a blog post linking a blog to a blog?
http://www.twowheeltales.com/wordpress/?p=462

life has been busy.. so check out my post for two wheel tales.

Jen
Posted by Jenny Hopkinson Smith at 7:45 PM No comments: