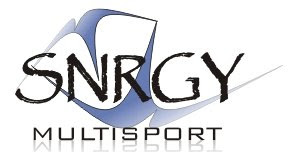 I met with Brandyn Roark Gray and Lisa lieb in Ouray earlier this week. To check in and plan for SNRGY multisport the coaching and clinic company Brandyn and I have started. It was great, and exciting. Since then we've been squaring away details, registering a domain for our website ( which to be honest is a bit confusing.. to me.) I signed in yesterday and realised oh crap its full of technical language and details! Then I called in to a bank on Friday and opened an account, again, it was significantly more involved, than expected.
We've started coaching clients and so jazzed about it. I think we have a neat concept going and we agree on many aspects of our business and how we want to work with our clients. Its great. Snrgy.. with the sports, clients, lifestyle, health, performance.

In the meantime my ear has been acting up, the other one. So I have an appointment with the ear nose throat specialist on Tuesday. For a full audio exam etc.. Fingers crossed, It will be great to have it healthy and stable before I fly to NZ.

We raced the Kenny mac 30k skate race in Gunnison this morning. Put on by Gunnison Nordic, $5 entry! WARM!!! so warm I was saturated, by the end in just a base layer and a light jacket. Brian flew and won the men's race. Much to my surprise I skied well for me and was 2nd in the women's race. it was super fun to ski with Sue Demottai and other women I am usually 10 Min's at least behind. Brian bought me a red bull... I never drink these.. might be something to it.

March 13 - 15th is our next XTERRA training Camp in Farmington, NM. Spring will be in the air. Perfect timing for a summer triathlon camp. contact us for more details snrgymultisport@gmail.com

Moving right along.. we seem to be in the thick of Brian racing. Me? along for the ride! This past weekend was at the Sunlight ski area in Glenwood springs. I hadn't been there before, its out of the way from Gunnison, as you have to go around the mountains to get there.
It was a super fun weekend, staying downtown ( cheers Ross ), good coffee shops and food and across from the hot springs!
Sunlight ski area was great, our Monarch passes extend there too, so while Brian and Sully pre skied the downhills on Saturday, I made my way around the mountain on the ezy peasy terrain. And it was warm!
Sunday dawned bright and early, and cool 13 degrees, the race started at 8am, so we got up early. Brian was using both his sets of skins in the race so I put on yak traks and grabbed poles to hike up the mtn and watch the first skin up.
Randonee racing is basically like a MTB cross country race on skis with fast gnarly ski downhills, the skiers transition at the bottom, put skins on to climb back up, take skins off at the top to ski down. Super hard and fun and waayyy out of my skiing league! Which is a bummer, maybe in 5 -10 years ??
Anyway, on the first skin up, I cheer everyone on. Where is Brian? off the back I see him and learn later he had ice in a binding and it wouldn't engage. He started maybe 5 mins back after getting it sorted out.
I run down to watch the first transition, Brian Wickenhauser and Max Tamm come flying in in a dead heat basically, Brian comes in maybe 3 mins back in about 10th place, and heads back up the hill for lap two.
I run up to watch the 2nd descent, fully realise how out of my league it is and am now in massive awe of everyone doing it, and envious.. ( guess thats what I get for growing up w/ the ocean out my bedroom window across the street!!)
By the 3rd and final climb and bootpack Brian had caught the front and was hopefully headed for a win. Brian crossed first, then Max and Wick duked it out for 2nd finishing in a basic sprint. Wick is an amazing descender, Max earned the 2nd place.
After the event Brian and I skinned up the last climb. It was amazing. Pete Swenson put a track in through aspens overlooking Sopris MTN, stunning and ridiculously steep and scary! from my pint of view, but so cool, we skinned to the top and took the green run down. 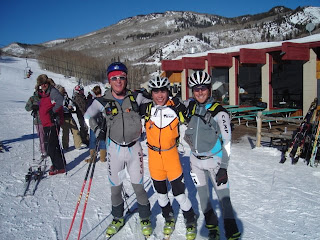 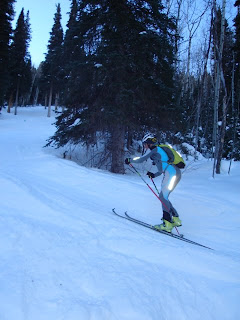 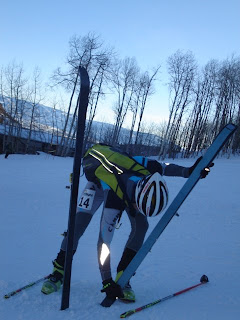 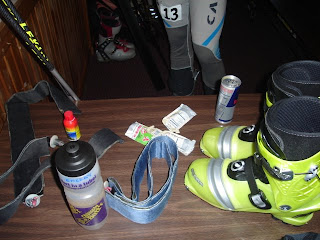 Classic ski with Gale at Hartmans. 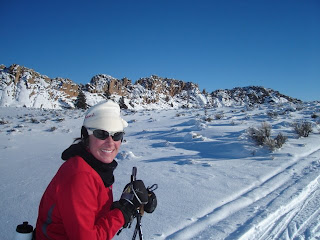 These icicles looked so pretty we tried eating them, they are too fragile. 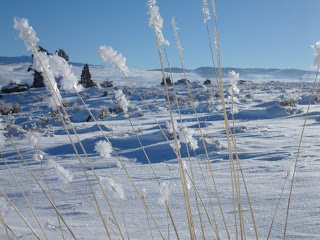 Which also means he's qualified for the US team to go to World Championships in Austria.

Brian is off to Bend, OR for the USAT winter tri nationals this morning. Someone say gear? Holy cow.. below is Jc leary's pic of his packing and equipment last year. 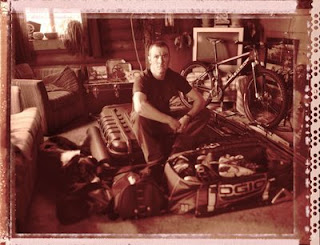 This time around he shipped his bike ahead through Gunnison Shipping to Bike and Ski in Bend. A great idea! much cheaper than the $250 It'd cost to fly with and as weight is not an issue with UPS he put his whole bike in the case and some extra bit and pieces to boot. If/when we fly this year we are absolutely going the shipping route.

Me? I thought about going but my motivation was the possible draft Abyss beer ar Deshutes brewery... not really valid enough reason to cancel personal training clients and fly to Bend! So Brian's parents are skiing at Monarch today and I'm car pooling to ride in Salida. First time out of the lounge this year on the bike.. Weather says 42 degree high there... wish me luck. If its really cold.. My alpine stuff is in the car too.. ( never thought I'd say that.. ha ha..) Never say never my friends!
Posted by Jenny Hopkinson Smith at 7:01 AM No comments:

www.universalsports.com check it out.. its awesome.. skiing, nordic skiing, cycling, track and field... perfect for trainer time!
Posted by Jenny Hopkinson Smith at 8:54 PM No comments:

I was snowshoe running at Heartmans this morning and thinking. I'm writing an article for the Gunnison trails website on training at Hartmans.. Its going to be easy! Its our church.

It got me thinking about some of the women in our Valley and appreciatively inspired.

Funnily when Brian came home from Hartman's he was telling me about who re ran into today. Our friends Gale , Greg, Carol, Bike shop owner Ricky G and Kathy G and A woman in windproof pants, on old skate boots and older fisher skis hammering up the main street hill... when he finally caught up he realised and gave Susan Demattei a huge fright. Sue skied with for the rest of the loop. 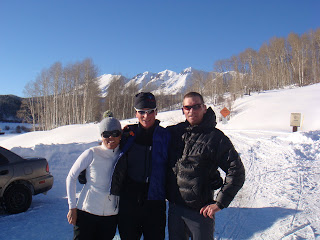 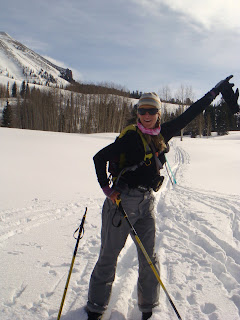 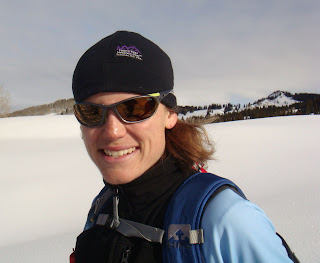 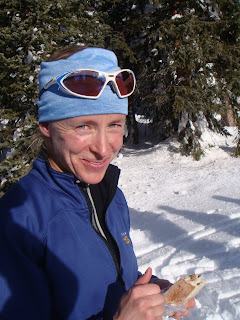 Who inspires you?
Posted by Jenny Hopkinson Smith at 3:44 PM 1 comment: 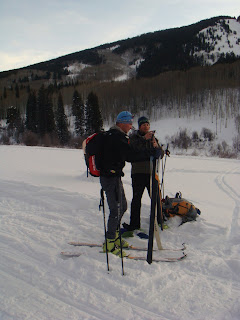 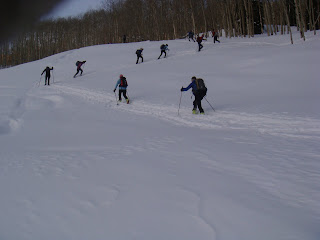 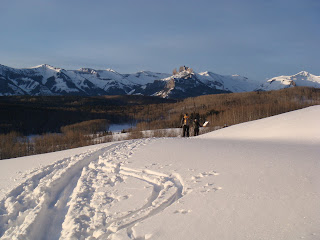 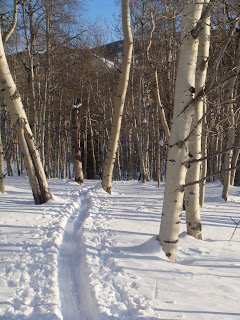 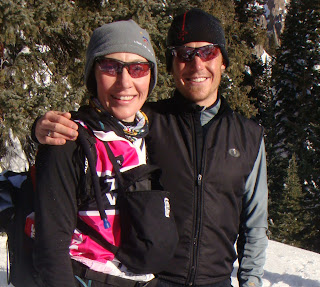 Looking back at the Castles 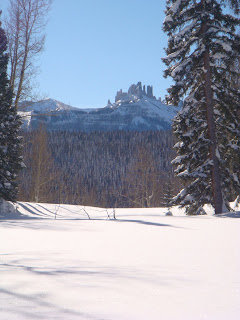 Awesome!! What a great group. 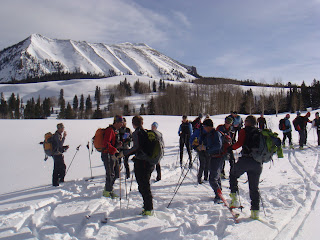 Another view of Anthricite range 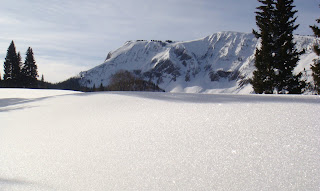 Keri Nelson over my shoulder... 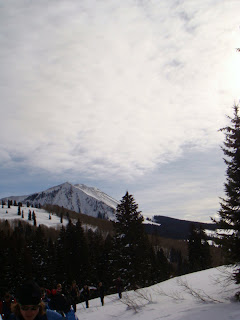 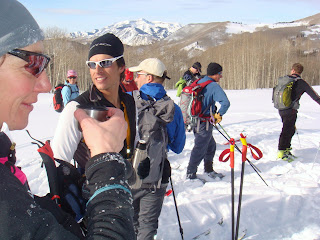 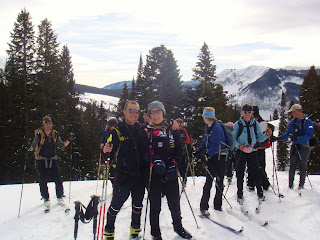 A stunning start to the New Year. Warm compared to last year only -12 as we drove by the bank in Gunnison. Such a warm day later on. 22 of our friends met at the Ohio pass trailhead for the Swampy, Beckwith, Kebler, Ohio Pass tour of the Anthricite range. 4 passes over 10,000ft. Good times.
I of course realised I still can't ski for 'crapola' coming off of Beckwith.. Nordic skis, downhill conditions, burly snowmobile track etc.. made it challenging. Wish I could say I didn't crash.. alot.. or cry.. I did. Still it was an amazing day.
Brian is a Saint , and skied with, fed me lunch, made me laugh. I bought in the tail end of the group at 3pm.. 8 hours later.
Start as I intend to continue.. 'sometimes over my head, tears, tantrum, humor, one foot in front of the other'
Happy New Year.
Posted by Jenny Hopkinson Smith at 8:55 PM 1 comment: