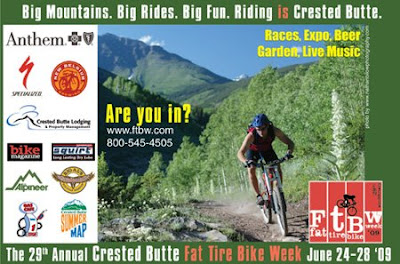 Brian, Brandyn Roark Gray and I are leading rides at the festival. Join us for the riding, celebrating and racing.

Doing no wrong doing no right.

I am in Harrisonburg, VA visiting Sue Haywood and the Harrisonburg crew for a few days. People make the place and its a really neat place here.
The Massanutten Hoo Haa, Kenda cup was held over the weekend. Kristi has raved about this race and as one of her favorites and I wanted in. Also its just fun to be in the East Coast MTB scene, see Jeff Schalk, Jeremiah, Sue and everyone. The course was so fun, alot of built trails some just finished last thursday, Rocky, muddy, rideable technical, hard as hell it turns out.

Wow.I had a hard race, one of those days, where all things come together and result in feeling like utter cow pattie poo. I even had a headache. and I wanted to both pull out or walk. But only on the climb as soon as I got to the top.. whoo hoo.. .. Massanutten Yee haa... too much fun..

So I dragged my sorry ass around and up the 2nd lap climb, and thought about how last week I could do no wrong.

In contrast Sue Haywood won the double XC closely with Cheryl Sorenson ( a Trek team mate I met for the first time.. what a cool lady.. tough!) and Sue won the Super D too. Good stuff!.

Brian raced in the Teva games, a flat tire put him out in the MTB event, then he stepped it up in the 10k trail running event, finishing a very respectable 11th in what is one of the US's most hotly contested running events.
Posted by Jenny Hopkinson Smith at 6:34 AM No comments: 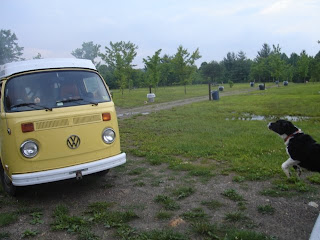 Max and I drove up from North Carolina to West Virginia - to meet up with Kristi at the ACE adventure center for the ACE off road triathlon.
Kristi has talked about this race for years and I was very excited to check it out.

A very short ride pre race day resulted in me deciding not to check out the trails. My bike would get far too muddy and only illustrate how ill prepared I was.
Camping was provided free with registration at the Mountain top campground. So instead of riding I got settled into a site, pulled out the cooker, prepared for dinner and cracked into a Japanese Red Rice beer bomber. ( I'd been saving it for 3 weeks for a special occasion).
Kristi arrived... in fine style. 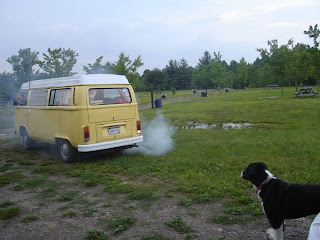 We had dinner, got ready for the 7am race set up and settled in for the night. Max and I sleeping the back of the van as we had the night before too. Its comfortable and I really like it.

Normally!
Post dinner, it started to rain a bit.....
Then it started to rain allot ( completely pouring down) , along with the rain came thunder and lightening.
Now anyone who has been around Max with thunder knows he turns into a neurotic, quivering, unreasonable mess... panting, shaking, pacing, freaking! out.
He worked into such a state that there was no way to calm him down. And after hours of this I realised there was no way I was getting any sleep - not with neurosis hell of a dog sharing the same space.
4am in the morning, the dog goes back to the back of the van and starts circling. I realise too late whats about to happen, I fly to sitting up and call Max .. NO.. as he explodes diarrhea everywhere... he reacts by runnig up to the front seat, spreading it everywhere.. everywhere.. I open the door yell ..OUT.. and sit in shock and horror at what just happened.
Did I mention its 4am and pouring rain. Crap!
Without breathing too deeply.. try to decide what to do now? .. in the dog's defense he comes over and looks at me with such fear and shame, I almost melt and forgive then and there.
Luckily we camped next to the facilty block and they had these awesome stainless outdoor tubs with hot water. I filled them with 'simple green'.. (its a bike race after all and that all I had in the car), throw out the sheet, and start to wash or at least clean off to wash later: 2 blankets, my sleeping bag, thermarest,the carpet..cycling shoes, toilet bag, yoga mat, long sleeve top, pants, socks.. it was everywhere.
6am the sky clears and 7am the sun's shining its a bright new VW day. Race morning.
We loaded into buses and trucked down to the start. No swim - the river was in a flood. The race is normally swum in 5-6 ft of water, the Gauley was clocked at 14 ft friday, 11 ft on Saturday! 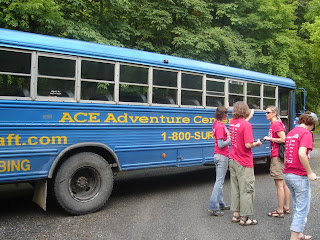 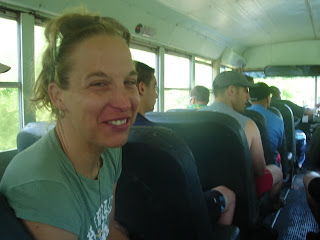 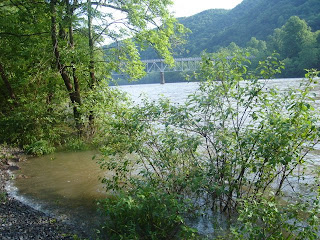 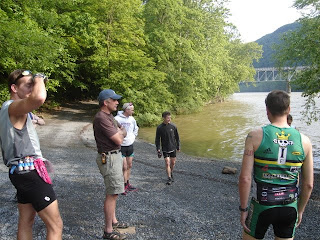 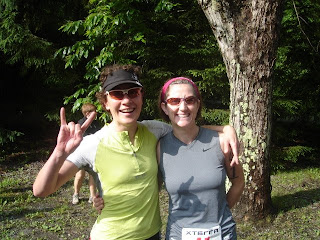 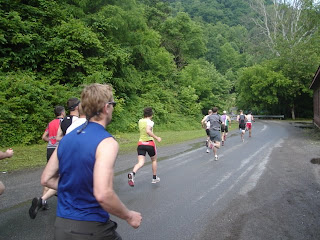 I quite like starting on dry -ish land
So we ran, biked and ran.. It was such fun.
Hard as anything, Muddy, technical, Really, West Virginia trails are awesome. 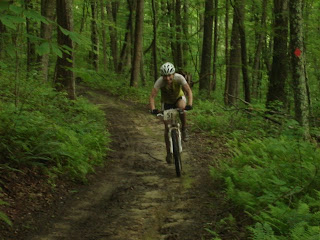 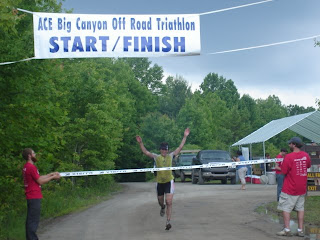 And fantastic training, it was great to run before cycling for a change. 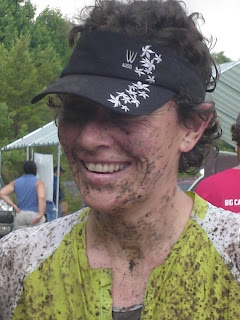 This pic is a bit close up for comfort .. but it is funny as it was muddy!

After the race things got more eventful again. Max was by the car and as we went to leave, found out he'd been almost run over by a woman. I found this out as she asked if he was my dog? As I reply yes, she yelled at how irresponsible I am, tying a dog to the car, she didn't see him lying there, gave her the fright of her life, she nearly squashed him. WHAT?? as she drives off.
I did freak out a bit , he seemed reaally sore, yelping when i picked him up, reluctant to move, in shock. We call the vet, drive an Hour to Louisville WV, I felt very worried and responsible, I cried to Brian.
Fortunately he was walking from the car into the vet practise: his right leg is scraped, and sore, his rump is sore, we hope its bruising. He has pain meds,and is on calm couch rest.
Kristi said today: he kinda had the good life for a Monday: "In the sun, On drugs and on the couch!"

I slept with him on the bed last night, During the night, decided he can sleep on the bed any night. I love the dog.
Posted by Jenny Hopkinson Smith at 10:14 AM 2 comments: