can you where me now?

Its a good thing the title of our blog implicates not only where are we... but why aren't we staying in touch.

We've been doing really well . I am geting ready to drive out to California on Tuesday evening. You'd think the more I travel the less I'd take.. but given the option of taking the van and given the duration of this trip. I just keep adding stuff to my list.

I do recall when equipment used to mean running shoes and racing shoes and maybe a pair of tights/ polypro/ and jacket. If it was an xc race then a bag of spikes would be useful (remember the 18's). Well! let me tell you how much those times have changed. Add an Xterra triathlon to a mountain bike racing schedule and its getting rather ridiculous on the ol' equip front! Plus ... part of the reason I'm driving is to transport Brians bike out so.....

Its fun though and you know this is what I love to do with my life.

Our upcoming travels include for me:

Norba # 2 In Santa Barbara ( the last time I was there was with Jacko and Nelson Laux on a running/ Gin drinking trip in 1999) Loved it though... was my first run on the beach in the US. So am excited to go back ( probably san's the Gin this time). Then Norba # 3 in Fontana. Followed by the best race in the US - in my opinion - the Idyllwild challenge and the Opening race of truth - Temecula Xterra. ( wonder if I could possibly not be last pro woman out of the water this year??).

Brian is training well in Gunnison - he's getting fit, and running the Black Mesa Ascent then flying out to Cali to join me for the XT. 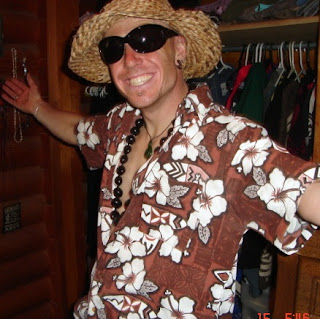 Life in Gunni has been rather great... we where going to a mexican potluck. Style?! B'man stylie -Always!

The other huge benefit of some time in town are the people we have to train with. I've been greedily racking up my training w/ friends time.

This picture doesn't do it justice but last Sunday the US Air force where doing fly bys on the Gunni Airport.. this happens sevetral times a year and its so trippy. The plane is HUGE and from Heartmans it comes into view and takes up alot of the sky, enough to give you a huge fright -its kinda cool.

The pic is of Jackie/ Ashley Burt and I at Heartmans. 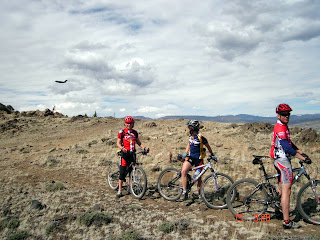